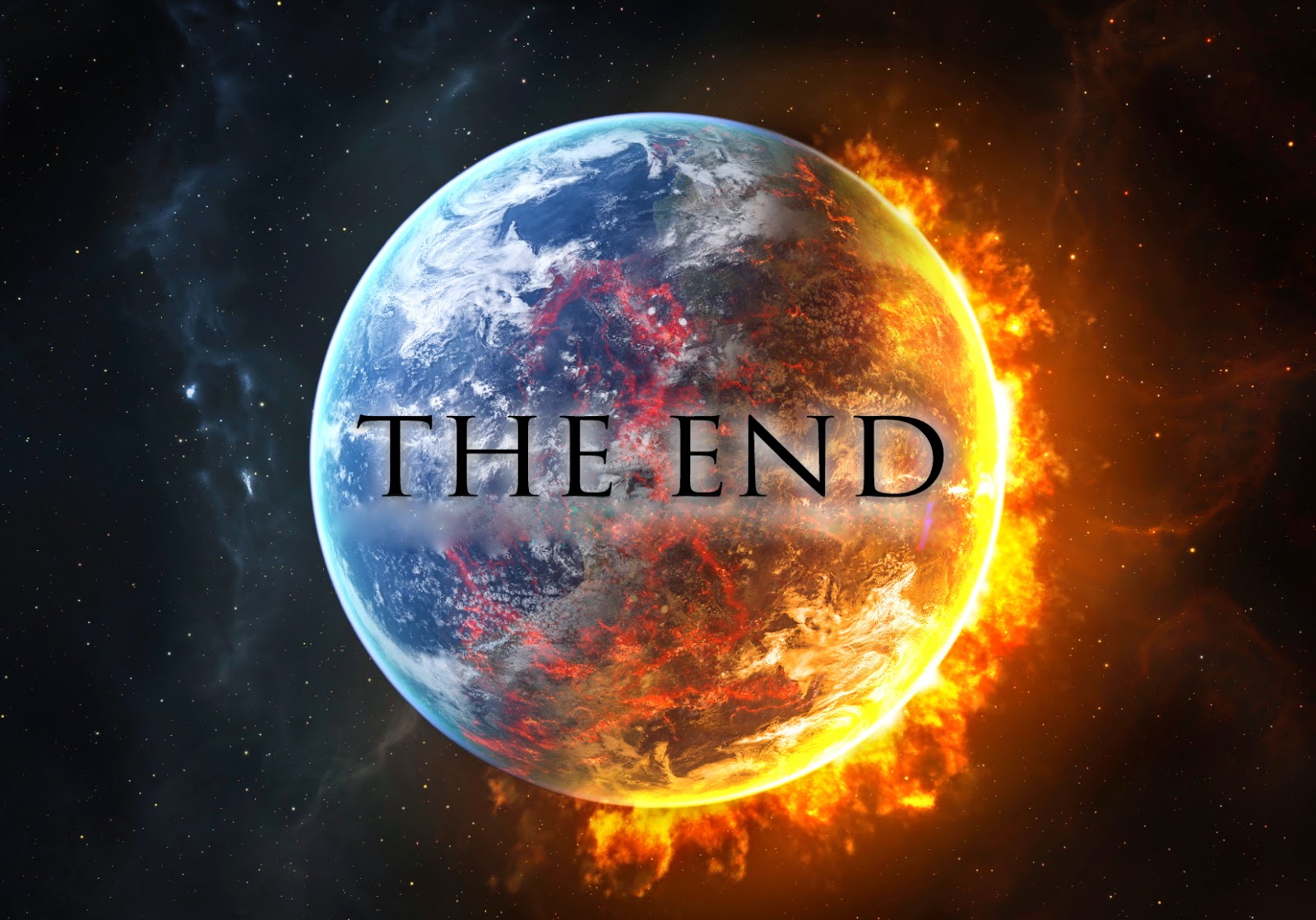 As the world spirals into chaos, with Russian separatists bombing airliners full of HIV researchers out of the sky, and ISIS beheading toddlers, and militant Muslims destroying millenia-old Christian communities and committing genocide, while Israel decides now is the time to show the Palestinians who's got bigger guns, Ebola rips through Africa and missionaries put self-preservation ahead of the safety of the whole North American continent, the U.S. Government deliberately floods our southern border with tens of thousands of  homeless children with a variety of contagious medical conditions, and the majority of people in post-economic-recovery America can't scrape together $400 for an emergency expense, the future seems bleaker by the hour. Add in extreme cold and extended drought, wars and rumors of wars, famine, livestock disease, oil spills, poisonous solvent exposure, groundwater contamination, and nuclear waste, and it feels downright biblical.

Of course, none of this is new. Horrors have happened before, on a grander scale, and some survived to tell of the carnage and degradation. Drought and dust storms have happened before and been addressed, albeit with tremendous environmental damage and human suffering. Christians and Jews, Russians and Chinese, as well as any number of other religious and ethnic groups have been targeted for genocide, not even that long ago.

It's frightening, though, when stories like this one hit your local news: a twelve-year-old boy walks up to a nine-year-old on a playground and stabs him repeatedly with a knife, killing him, then turns himself into the police, saying, "I don't want to be on this earth anymore." It makes you doubt your own advice and think twice about ever letting your kid out of your sight again. You get to wondering if these parts can be cleaned, if the puzzle can be put together again, or if this time things are too messy to put back in order again.

It's during these times that I've taken up prayer again, albeit in a different way than when I was a child. For one, I no longer really expect miracles or direct intervention in my (or others') problems. I pray for perseverance. I pray that I will be able to be generous with others instead of hoarding and counting what savings we have. I pray that people will build community and that they will be grateful for what they do have instead of resentful over what they do not. I pray that I will build community and that I will be grateful. I pray that my husband will figure out how to make the hours he's put into his business pay off.

Over a year ago we found out my husband was going to be losing his job, and I decided to say my rosary daily so he would find something else. Our income was drastically reduced, and I've had to step up my hours writing to keep the family economically afloat, and during the long, horrific winter, I got fairly discouraged.  But I kept praying. During Lent I asked if anyone needed prayer, and slowly my prayer list has gotten longer and longer. I didn't realize before how many people in my social circle were struggling with health issues, family problems, unemployment, grief and sorrow. Praying for them made me realize how common my problems were, how this was just another thing people, even people who plan and prepare, go through and endure and try to stiffen their spine through. It's been humbling and eye-opening.

There really isn't anything I can do right now for Christians being murdered in the Middle East, except pray for them. But I can pray for them. And the act of prayer connects me to them and to all the other people who pray and have prayed. Some people say that prayer is worthless, that time and money is more important to give. But I've found that, by praying, I am more aware and concerned about the people around me. I check in on them more and am moved to be more personally generous. If I pray for the Israelis and Palestinians, I conceptualize them as people with needs. I know that when people tell me they are praying for me, I feel loved and cared about. And if that is the main gift I can afford to give now, that's the one I'll give.
Posted by grerp at 3:58 PM