Wall Street didn't do this to you

For the record, I think Wall Street is corrupt and has its tentacles around every aspect of contemporary America, and I think if there was any justice in the world, the banksters and their dirty, debt-baiting, money-sucking empires would have imploded without dragging all of the world down into the hole with them.  And the student loan scam is a national crime scene, one with the government's fingerprints all over it too.

However, my dear young women, Wall Street didn't do this to you: 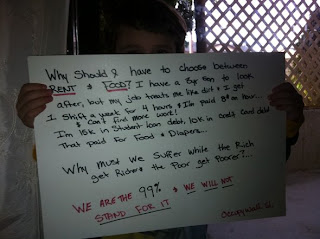 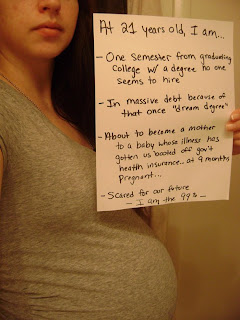 Your own poor choices did that to you. In America birth control is legal and often free and no woman is forced to have sex with irresponsible men, and yet women often do have sex with violent, unstable, or irresponsible men, bring their children into the world and then expect society to mop up after all of this terrible decision making. [Exhibit A: Rodrick Dantzler, a man from my neighborhood who killed seven (7) people, mostly women and children this summer after his wife kicked him out. It was revealed in the news today that he had fathered a child not only with this woman, but with three other women, not including the other girlfriend he killed or the female friend wounded in the police shootout.] Look at the guy - sex on a stick, right? No sane woman would let a long history of violent behavior, incarceration, and mental illness keep her from having a piece o' that, right? Wait, no. How can that be right? But apparently ole Rodrick was beating them off with a baseball bat, yeah.

And, as to why, as queried above, anyone should have to choose between food and rent - it's because these things cost money to produce, build, or maintain, and no one owes them to you just because you exist and want them. I agree that it's horrific that your three-year-old son should have to live in dire poverty, but who created that situation? One hint: not Wall Street.

To the pregnant woman with the health compromised baby: consider adoption. I'm serious. It's not going to get any easier or better for you. At this point, adoption is the best option for your long-term future and your baby's.
Posted by grerp at 7:47 PM